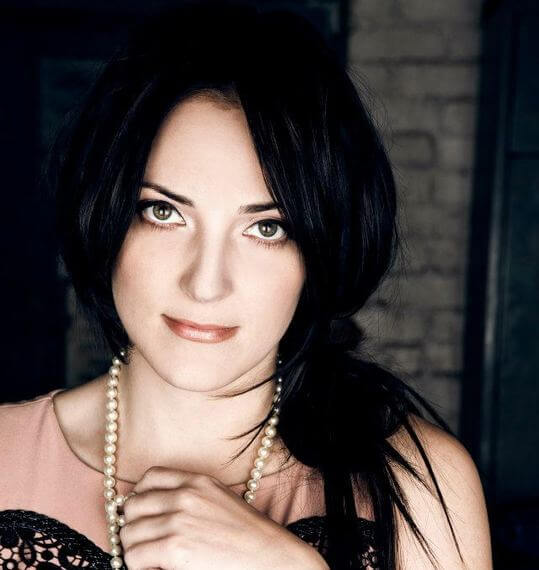 Jen Kirkman Explains the Glamour of the Divorcée You may remember Jen Kirkman from that one drunken night when she told the story of Frederick Douglass on Comedy Central’s Drunk History. Or, maybe you remember Jen talking about being an aspiring child actress in Boston during her many phone calls with Paul F Tompkins on his Podcast. Either way, her unique brand of storytelling, acerbic veiled in upbeat sweetness is unmistakable.

Last year, Kirkman released her debut book, I Can Barely Take Care of Myself, a memoir about her life as it pertains to her choice to remain childless, which became a New York Times Bestseller.

I recently spoke to Jen about her life, children and crying in front of Joan Rivers.

Karen: I spoke to Greg Behrendt about the aftermath of his book. Have you had people react as super fans for your book?

Jen: I was actually with Greg on part of that tour, so I got to see some of that firsthand. He made it very clear and funny: “I’m still a guy. I’m not necessarily on your side, ladies, I’m just telling you what we’re like. I don’t have any more answers for you. Everything I know is in that book.” And they would still come up to him after and pose these questions to him. Luckily, no one’s asking me for advice.

Instead of asking me about my comedy, a lot of interviews are about being child free, which is great, because that was my specific assignment from Simon & Schuster. I could write about anything for the book, but it had to tie back to being child free. I don’t get upset when people ask me about it.

The reaction has been that so many people have come up to me after shows (because I am standng there signing books) who feel the same way. It’s not just women. It’s men and women. Even gay people, because now that we’ve made progress on the marriage equality frontier, there’s an expectation put on them too.

It has been interesting to see that people from all walks of life identify with the book. When people approach me, they don’t want to ask me advice, they want to tell me their ridiculous stories of what people have said to them. It makes me feel better and I laugh. I have found my people.

Karen: You mentioned on podcasts before and briefly in the book that there is a gag order on talking about your divorce. Is that expiring soon?

Jen: Divorce will be a big part of my second book because I’m single again for the first time. I feel like I’m through the looking glass where getting married was never a goal of mine anyways. It wasn’t something I dreamt of as a kid. But as I got older, I started to look to the left and to the right and noticed, “everyone else who is in a serious relationship is getting proposed to.” I feel like I really pressured my boyfriend at the time into marriage. I think he also felt pressure too. “This is what you’re supposed to do.” So, we got married.

We were really good friends, but I haven’t really talked to him much about it. There wasn’t a lot of communication once we decided to split. I don’t want to speak for him, but I would say that if we had to do it over again, and we were really thinking straight, being honest with ourselves and everyone around us, we may not have taken that step.

I think there’s a lot of things in life like that where we just do it because it’s expected of us, and then everyone lies that it’s going so great. (From sex, your career, to “I’m not in therapy!) That’s really what the next book is going to be about. Those things that we do because we “should.”

I’m trying not to live that way anymore. I divide my life up in “before” and “after divorce.” I think divorce colors a lot of the way I look at things now, not just relationships. I want to be respectful. It’s not going to be salacious.

There will definitely be juicy stories, but the focus will be on how I knew things weren’t right in the lead up to the divorce. A lot of people I talked to at the time said that my negative feelings and questioning my relationship was normal. I didn’t want to be normal, because I felt terrible.

Karen: That seems like a weird black hole in our society where you can share everything online, but people won’t be honest about really big things that affect a lot of us.

Jen: One of the things I’m going to talk about in my book is the sex stuff. One of the things for me when I wasn’t feeling good about being married was I didn’t have any sex drive at all. Not just toward my husband, but toward anybody. I had completely shut down. When I tried to talk to my married friends about it, they either weren’t in the same place, or they were going through the same thing and they thought that if they admitted it, that would mean they needed to get a divorce too.

I really did try to Google “loss of sex drive” and the only results were hormones. I thought “oh my God, do I have a hormonal problem?” It would be nice to have a WebMD for feelings.

Karen: There’s a theory out there that it’s actually better to be divorced than to be single for a long time. Have you found that to be the case?

Jen: In one way, I’m probably pitied a lot less for being an almost-40 divorcee than being an almost-40 single person. Divorcee implies so many things may have happened. It’s a sexier word. Single implies that you are actively, desperately looking and failing, when it could actually mean so many things. I even find myself making it known that I am divorced. I don’t think guys think that way necessarily.

Karen: Is it hard diarizing on your podcasts? Have you ever regretted talking about something?

Jen: Yes. It’s funny because I have to record it at a specific time so I can get it out. That means, it’s usually Sunday night. I’m very emotional on Sunday nights because I’m getting off the road. There have definitely been times where I have been so upset or sad in my personal life I don’t want to do the podcast, because I’ll want to talk about it. And it’s so personal, it seems wrong to vent.

Sometimes at live shows, I talk about stuff. I told a story about a fling I had because I just wanted to hear the reaction. I edited it out of the podcast because I knew I was going to regret it. I do have regrets, and the live shows are dangerous for me.

Karen: Let’s talk about your upcoming show with your idol, Joan Rivers. How excited are you about that?

Jen: Yes! My love of Joan is endless. I would tell every young comedian to read Enter Talking (Rivers’ book.) It’s sort of a backdoor history of Greenwich Village in the 1960s. Joan was one of the first women in that scene. She did all the shows with Lenny Bruce, George Carlin and Dick Cavett. All of those guys got famous and she wasn’t. She was 34 years old and had been doing it since she was 21.

There’s a story in the book where she did a show and only 3 people showed up, and Lenny Bruce showed up and gave her a note that read, “Joan: You’re right, they’re wrong.” It gives me chills.

When I did In Bed With Joan, she told me that story, but with a really funny caveat, which is that George Carlin has the exact same story about Lenny Bruce!

I did that podcast episode and then a show with her in Montreal. She ended up switching agents, so we have the same agent. We had lunch in New York a few weeks ago and I told her my story about how I was a receptionist and I saw her on the street a long time ago, and I stopped myself from asking her advice. I started to cry, then she started to cry. It was the best moment of my life.

She is such a warm, wonderful person and she’s absolutely fearless.

Whenever I’m frustrated with this job, I think “would Joan get up and fly across the country?” and if she can do it at 80, I can do it at 39.

Joan is not jaded in any way. She embraces every new method of distributing her comedy that she can. I learn from her all the time.

We’re co-headlining a show and we’re both going to do some standup and then we’re going to have a chat onstage. We’re just going to chat about men and the business and life. It’s on June 10th at the Largo in LA.

Jen’s first book, I Can Barely Take Care of Myself is in paperback

Karen: What’s next for you? Chelsea Lately will wrap later this year.

Jen: I’m sure Chelsea’s going to develop something new. For me, my book is due in October. I need to sit and finish it. I will be touring more and recording a comedy special.
Source: New feed