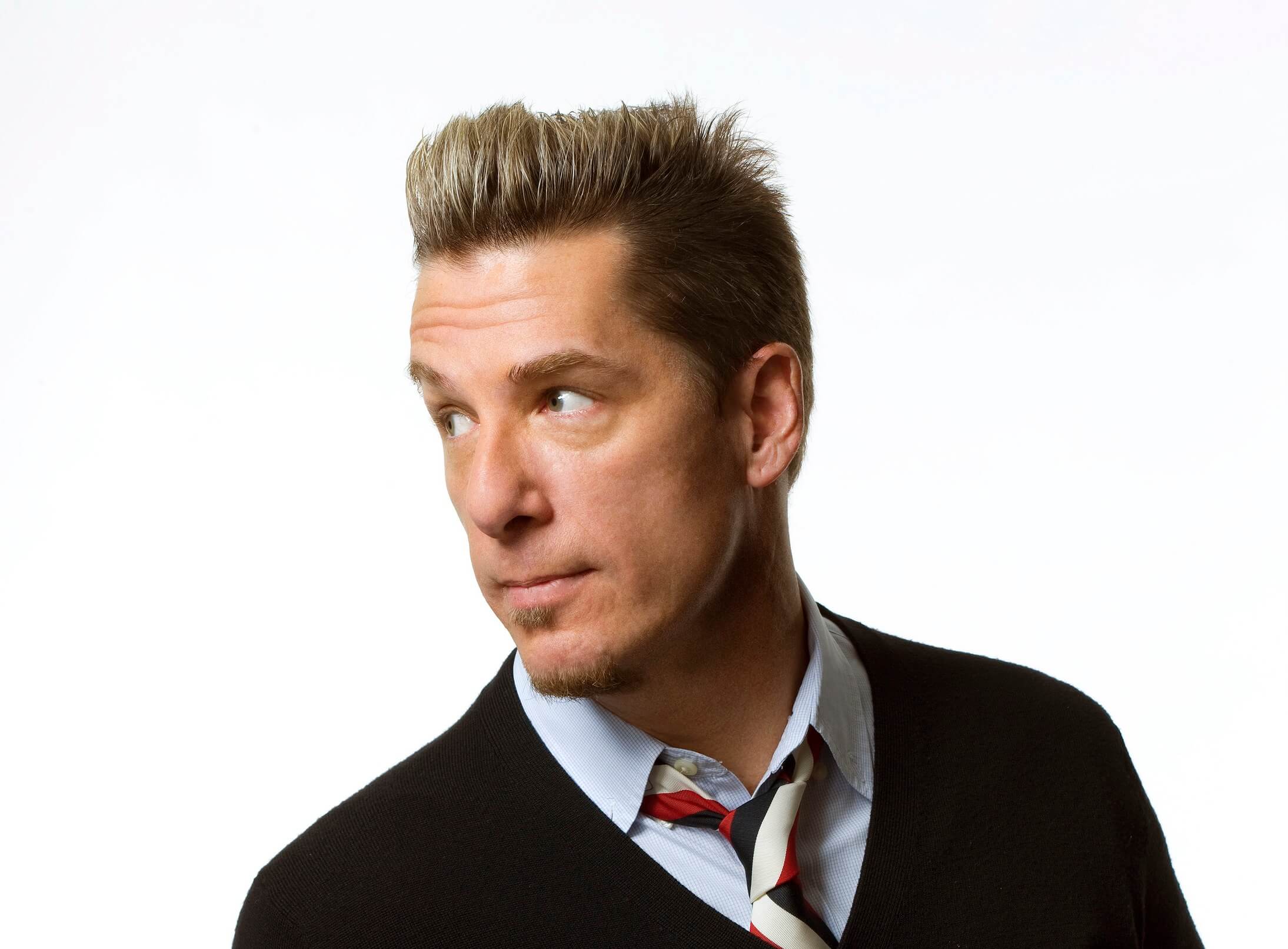 The Storytelling Surf Guitarist: Greg Behrendt on His Next Act Stand-up comedian Greg Behrendt is one of the strangest beneficiaries of the Sex and the City effect that dominated late ’90s/early ’00s pop culture. After working as a script consultant on that show, he co-authored the landmark self-help book He’s Just Not That Into You. The book was a hit, but with it brought with it a career fork leading to more self-help success — which made him increasingly uncomfortable. Behrendt walked away from stand-up for a while, and when he returned, he brought with him a killer act with new, truthful experiences which shock and delight about family, drug addiction and his career.

I recently spoke with Greg on the subject of his lost years and how life is different for him since SATC went off the air.

Karen Geier: In your act, you tell a touching story about being in love with Janeane Garofalo and that eventually leading to you meet your wife. It’s a departure from the tone of some of your other work, but it is unforgettable. Do you worry when you include stories in your act that aren’t “your style,” or are you only concerned with the truth?
Greg Behrendt: I would prefer it if that’s what my style was like. When I started, and I did this thing called Mantastic, which was my first special, it was more like that. When you start going out to comedy clubs, you don’t have the time to set that stuff up. That story is from a storytelling show called The Moth. I don’t tell that story very often in my regular stand-up set, because there isn’t the kind of time, the recognition, the patience. For some reason, comedy clubs demand a little less vulnerability. I’m trying to make [telling longer stories] more of the case as I move on.

KG: You hit the bigtime due to your book. In your act, you discuss the negative repercussions of that. Many people would have taken the money and made a career pivot. Why do you feel like that wasn’t the right decision for you?
GB: Because I put 15 years into my stand-up career, and then in one afternoon, it changed. It wouldn’t have been genuine. It wouldn’t have been authentic, and it wouldn’t have connected. I always wanted my stand-up to have that kind of impact as well, where if you saw my stand-up, maybe you’d walk away feeling better about your life, or making better choices, but I wanted to do it in the medium of stand-up and not in self-help.

KG: In your newest act, you tell a show-stopping story about becoming addicted to dog pills. Is it therapeutic to retell that story on stage? Does telling it reinforce your commitment to sobriety?
GB: For me it’s more, “Do I have something I can relate to the audience with that’s funny?” My stand-up only happens when something happens to me. I don’t set out to write a chunk about something. I had gotten in a fight at a supermarket when I was on pills. When I told the story on my podcast (Walking the Room) I thought, “Maybe I can do that in my act.” But I don’t do it specifically to reaffirm my commitment. I actually don’t think it’s good to put it out there for that reason, because what if I fall off? It’s hard to put that kind of pressure on yourself. I just want to share it if I think you will get a kick out of it.

KG: It’s rare these days to hear parents talk candidly about their kids, especially when it’s a negative story. You talk about your one daughter being very trusting and naive. Is that a hard decision to make to talk about?
GB: I had a conflict about it when I realized I’m getting laughs, and I’m using my daughter as a foil in my act. So, I told her about it. I asked her if she thought it was OK, and she wanted to know if I got laughs. I said yes, and she said it was fine. I think the audience gets that you are the way Cosby did it, and the way Louis [C.K.] does it, that what you’re doing is an extrapolation, that you’re stereotyping your own experience so you can make a point. It also genuinely tickles people. It makes them laugh. There are times when I’m a little conflicted by it, because I wonder, but I check in with her, I check in with my wife, and my other daughter. But the second they’re not cool with it, I would just stop. Also, my daughter with the imaginary friend, that’s just real. She’s dark and interesting, and she has an imaginary friend that hates her. To me, this is found gold.

KG: How scary was it to quit the business? Walk us through that time.
GB: What happened was that I became so famous as a self-help “guru” that it overshadowed 15 years of really hard work as a stand-up. The crowd that came out was really looking for something different than I had to offer. That’s not their fault. I didn’t want to write an act about dating. It was only interesting to me when I was working at Sex And The City. I came in conflict with my audience. Rather than enrage them, I stopped doing it. Stopping was good, because I had a little bit of a nervous breakdown. Podcasting happened. I put a lot of time into my band The Reigning Monarchs and I reset myself as a human being, and created some new experiences. I’ve found I leveled the playing field with my podcast, because I’m able to be all the things I am on there, in one hour every week, and I started to grow an audience who understood who I was. I sort of skipped a generation. Now, there’s a whole generation of kids who grew up watching me do stand-up, so they come out, because they never even paid attention to the book.

KG: What has changed for you in comedy since the ’90s?
GB: As a writer, it hasn’t changed. I’m lucky that I’ve been around long enough that I’m like a classic rock band. I’ve got a good two to three hours of material that I can do. I’m from a different school of stand-up than the other guys. What is interesting is the younger guys and girls is that they grew up with comedy. Their comedy chops out of the gate are already better than mine. They grew up with Mr. Show, and watched Comedy Central. They’re more comically savvy, and the ways of becoming popular in comedy have changed. You can be in a web series you do in your bedroom. There are so many ways to do it now. The great thing about comedy is that the longer you’ve been alive, the more you have to talk about and the better you get. I’ve got some miles and some road savviness that some other guys don’t have.

KG: When you returned to performing, what was it like? Was it like starting all over again?
GB: I didn’t know what it was going to be like, but then the podcast got popular, and people were saying “Come out and do it.” I found that if there were always two or three people in the crowd who were familiar with the podcast. And the crowds just started to change. It has been amazing. I did a show in Portland, and the show was really packed for a Thursday night. I feel like I’m having a bit of a renaissance as a comic. I found the love in it again.

KG:  Many stand-ups are also musicians. Do you think it’s because of the crossover skills — performing, practicing, keeping time — or because musicians and comedians share the same “wild man” life view?
GB: It’s probably the genetic code of trying to tell some kind of a story. Feeling like you want to communicate something to people, and playing around with it. I was always funny, but I wasn’t a great musician, and I wanted to be a musician way more than I wanted to be a comic. I just didn’t think comedians were cool when I was a kid. Once I realized the kind of music I wanted to make, which is very specific, and not particularly commercial, then I knew how to do it. The same goes for stand-up. I think they’re really similar.
Most comics worship music on some level. It’s more rock-n-roll to get up there for an hour and make people laugh.
Source: New feed